Oric was a series of home computer systems produced by a company known as Tangerine Computer Systems. Models included the Oric-1, Oric Atmos (Oric-1 successor) and the later Oric Stratos/IQ164 and Telestrat models.

In 1983, following the success of the ZX Spectrum, then Tangerine Computer Systems’ response to this was the Oric-1, an machine based around the MOS 6502A with 15 KB or 48 KB RAM and a clock speed of 1 MHz, priced at £129 and £169 respectively, with the 48k version just able to undercut the 48k ZX Spectrum by a few pounds (although the 48k Oric-1 actually had 64k RAM, but 16k was masked by the BASIC ROM, which wasn’t normally available to the user).

Original unit sales of these machines was originally predicted at being somewhere in the region of 350,000, but during 1983, around 160,000 were sold in the UK and 50,00 in France, which was still enough for Oric International to be bought out, which provided funding to develop and launch the successor model, the Atmos. 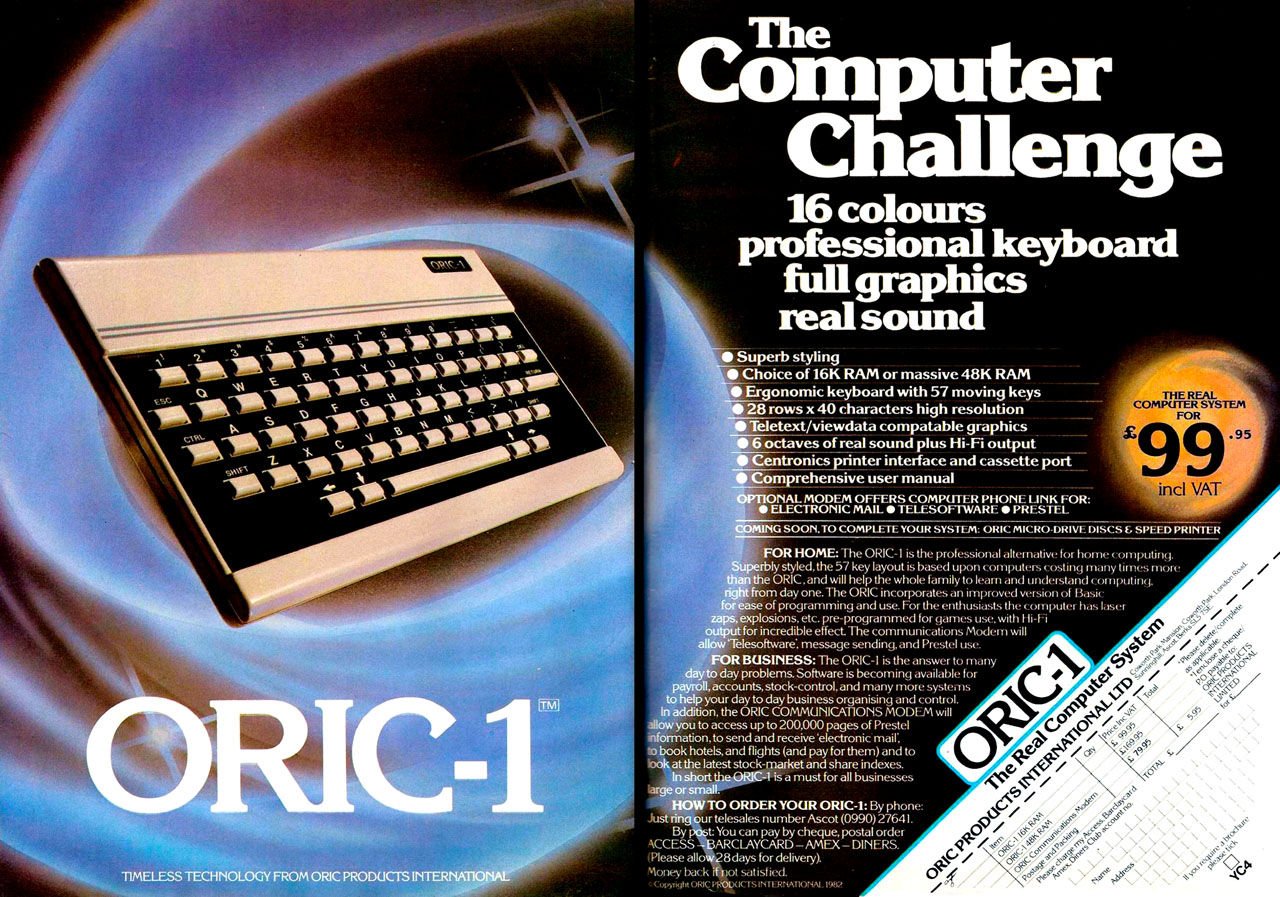