At the start of the home computer revolution, in the early 1980s, new machines from various companies were released on an almost monthly basis and in August 1982, a company known as ‘Dragon Data’, based in Port Talbot, Wales released their creation, the ‘Dragon 32’. Another version of the machine known as the ‘Dragon 64’ was also released a year later and the difference in names between the two machines, meaning they came with 32 and 64 kb of RAM, respectively.

On initial release, the software company gained interest from the software house Microdeal as well as several other independent software developers as well as a publication known as ‘Dragon User’ was released shortly after the machines launch.

The machine did however come with some limitations, which ensured the Dragon was not a success commercially. The machine was not able to display lower case letters easily, which had a dramatic effect considering the educational market and software had just started to take off. Another factor to consider, was with the likes of the BBC Micro and ZX Spectrum, with far superior graphics for games, then the Dragon couldn’t match such machines in that respect. 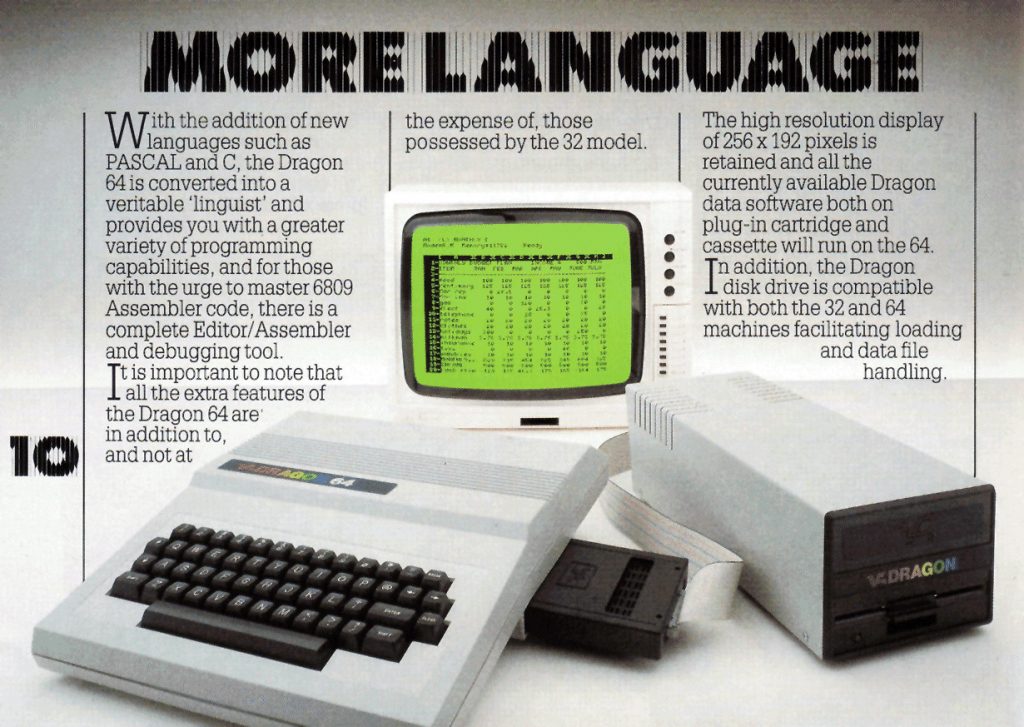